Car rental at Cagliari Airport is a very popular option for getting around Sardinia. You can easily book in advance by searching for the cheapest car hire Cagliari Airport quote with our booking engine.

There is also a bus service which runs from the airport into the city. It takes about ten minutes and costs two euro. You will also find lots of taxis available outside the airport.

Cagliari is the capital city on the island of Sardinia. The airport can be found five kilometres from the city.  It is also known as Elmas Airport. A lot of work has been carried out in the airport over recent years. In 2003 a new terminal was opened. 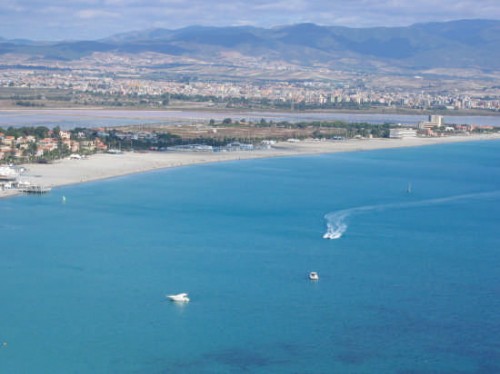 Cagliari holds a special place in the hearts of many Republic of Ireland soccer fans.

On the 11th of June 1990 Ireland and England played out a historic 1-1 draw during the 1990 world cup. If you wish to travel from Ireland to Cagliari there are numerous options for connections though no direct flights.

You can easily connect to other Italian cities from Cagliari with Alitalia who fly to Linate, Fiumicino and Venice. MyAir also fly to Venice. EasyJet offer flights to Berlin and Luton.